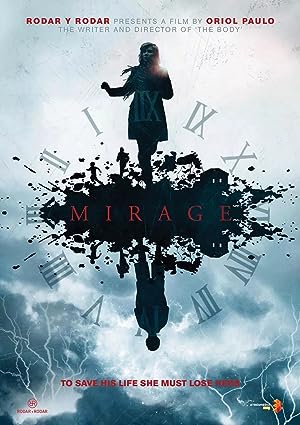 On November 9, 1989 (the same day the Wall of Berlin falls), Nico is a 12-year-old boy passionate about videotaping himself while playing guitar. He is being raised by his single mother María. On the same night, a 72-hour electric storm breaks out, and Nico looking through his room window witnesses a violent scene in the house of his neighbour, Ángel Prieto.

With time running out and a few hours left before the storm blows itself out. In the belief that the key to this time riddle is finding out Nico Lasarte’s whereabouts and proving the murder of Hilda Weiss, Vera tries not only to recover Gloria, but also to arrest Prieto and talk to the child Nico again. Which one of her two parallel lives is real? Is it her previous life a delusion? Will Vera be able to find a way to fix the things before the storm subsides?